The experienced dental team at FY Smile is led by Dr Fadi Yassmin.
Find out more

We are a DSD Clinic

All on 4 can replace your teeth and help you to regain confidence in your smile.
Find out more

New patients are always welcome at FY Smile! It’s quick and easy to book your first appointment.
Find out more

We designed our state-of-the-art dental clinic with your care and comfort in mind.
Contact us
Blog

Olena Khamula is most famously known as one of the three finalists of Bachelor Australia 2016. Her claim to fame, was how she effectively dumped the Bachelor, before he knew what happened.

She had decided that she would not bend her own values, in order to make good television. By being loyal to herself, she followed her own script. For this decision making, she was a strong favourite of the audience.

Her fans have followed her long past the show’s season, with her making her social media a major part of her life. Olena was hands down, the most beautiful contestant of that season. Shocked and intrigued, we had to look closely to find the reason why she booked a consultation with Dr Fadi Yassmin.

Olena expressed her own cosmetic conflicts with her teeth. She was unhappy with the way her smile presented itself, and was looking to improve it.

She had tried dental whitening with various levels of strength. First, she tried whiteners the local chemist. Those didn’t do much, and neither did anything that was over the counter. After having seen several dentists in the past, she was convinced to receive a composite veneer treatment..

Being unhappy with the shapes of the veneers, as well as their discolorations, Olena was actively self conscious when smiling. She had trained herself to smile far smaller than how she felt. She said she was tired of hiding herself, while wondering if other people are noticing her teeth. 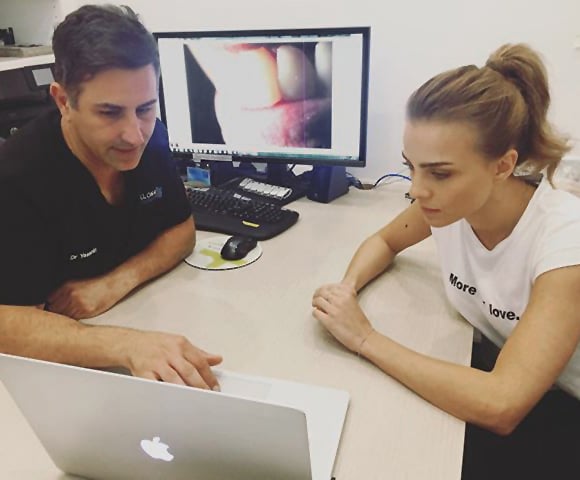 Each of these conditions could be simultaneously corrected. Dr. Yassmin took the opportunity to educate Olena on the many benefits of porcelain veneers.

Utilizing our Digital Smile Design Concept, Olena’s teeth were planned for perfection. First, we performed a specialized Cone Beam CT scan. This included her gums, teeth, jaw bones, and sinuses in the upper jaw. We now had exact digital copies of her mouth, in 3D.

From this point in the consultation, Dr Yassmin was able to showcase what could be done to correct her smile. Thanks to the power of the digital editing in real time, the potential effects of the treatment were immediately felt. As with most of our patients, Olena was impressed, to say the least.

First, Olena saw her teeth as they were shaped and extended in a symmetrical pattern, to fill her smile frame. This symmetry is what causes the most impact when creating the perfect smile.

Next, her gums were shown in a more natural proportion. This helps draw the eyes to the radiance of the teeth.

Finally, Olena’s digital teeth were brought through a range of white shades. This was done to match her teeth to her complexion. Although her skin might not always be tan, it still makes a difference to go through this step. The purpose is to create an appealing smile, not an artificial one.

Dr Yassmin would be treating Olena’s teeth with Porcelain Veneers. Upon arrival of her next appointment, he would need to prepare her teeth for the veneers.

First, he shaped the teeth to their symmetrical dimensions. This included building up the shape of the teeth in some locations. Other areas were shaved down, to create symmetry.

Next, he needed to remove all of the previous composite veneer, as well as a small amount of enamel from the front of her teeth. This was in order to finalize their correct shapes.

It should be noted, that with proper planning, treatments only require very minimal tooth structure to be removed. Some cases do not need any removal at all.

Olena needed to keep these temporary veneers for just two weeks. This was while her permanent veneers were made to Dr Yassmin’s design. Once completed, we scheduled her for her next visit.

Olena was scheduled to return for a follow up, to make sure her gums were not being agitated by the new veneers. Her teeth looked great and there was no agitation between any of her gums. In fact, she couldn’t stop smiling ear to ear.

MAINTENANCE ADVICE OFFERED TO ALL PATIENTS

In the spirit of maintaining a million dollar smile, it is advised to take consideration of the following: 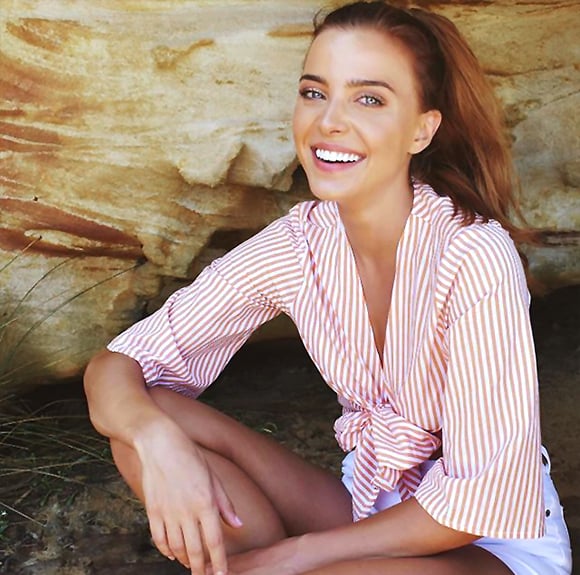 1
Veneer Case Study : Olena Khamula
2
10 Signs That You Should See a Dentist
3
Benefits of Cosmetic Dentistry
4
Things to Know Before Getting Porcelain Dental Veneers
5
How Missing Teeth Can Hurt Your Oral Health, Wellness and Self-Confidence
Recommended For You